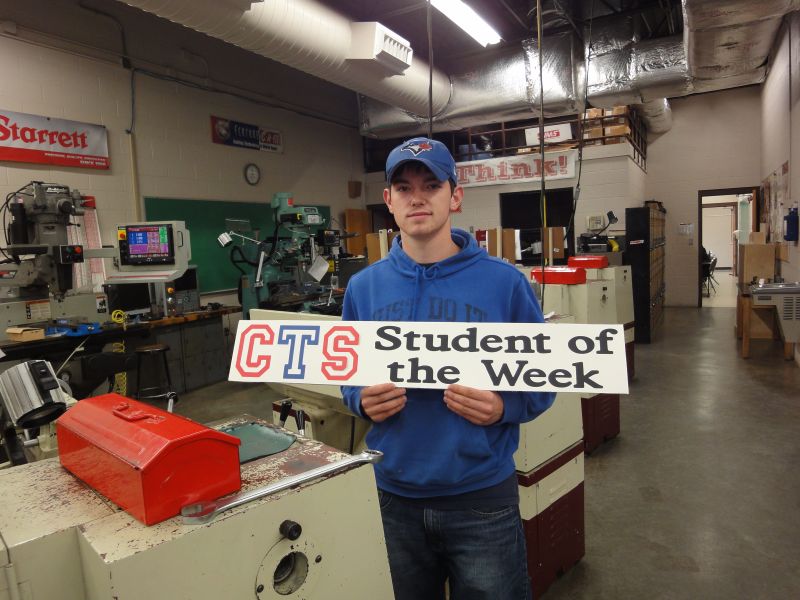 Grady Gatzemeyer is a Junior at Montrose High School.  He is currently a Machine Tool Technology I student.  Grady has plans to attend Rolla School of Engineering after high school graduation to pursue a career in Engineering.  He is being mentored by his older brother Gavin, who is also an Engineer.

Noah Jurgensmeyer is a Montrose High School senior.  He is a second year student in Auto Mechanics.  Noah has an outstanding work ethic and attitude with every project or assignment that he is given.  He excelled last year at our SkillUSA contests receiving a 3rd place at the SkillsUSA State Contest in Automotive Tech Info and a 3rd place at the District Contest in Automotive Service Technology.

Noah works part time at Hi-Way Auto Service in Montrose.  His future plans are to attend Linn State Technical College to further his education in automotive.  After college graduation his career path is to work as an automotive technician.

Scott Plunkett is a Montrose High School Junior enrolled in CIS I.  Scott is involved in many activities including SkillsUSA and FBLA.  Scott brings a lot of experience to the program from working with the technology department at Montrose.

Scott is undecided on a college but plans to major in Computer Information Systems or Network Administration.  After college, he hopes to work in the computer field for a large corporation.