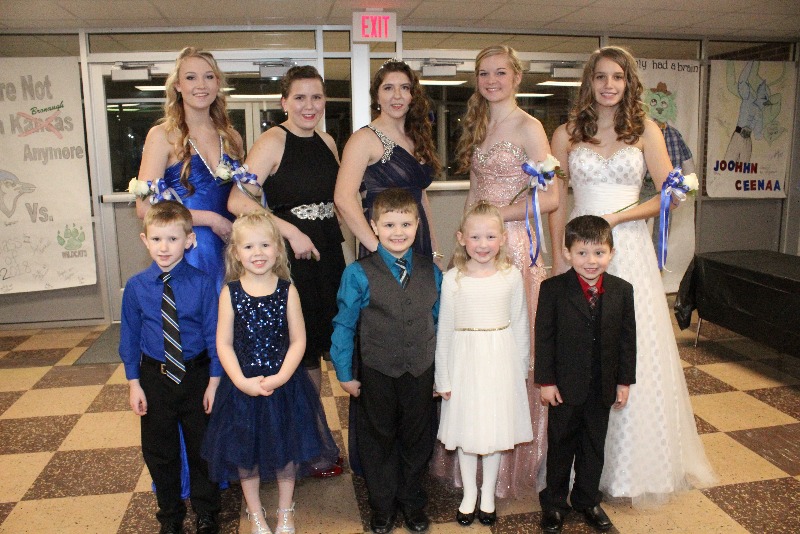 The 2016 Homecoming Court and Kindergarten Attendants

The evening was filled with a lot of basketball--two quarters of JV boys', varsity girls, and varsity boys--played.  The Junior class had a pie auction that raised over $700.  At halftime of the boys' game, Garrett Hilte auctioned off three of the pies to attendees.

At the conclusion of the games, the Homecoming coronation began.  This was a decision made by the conference administrators.  Immediately following the coronoation, students stayed for the food and dancing. 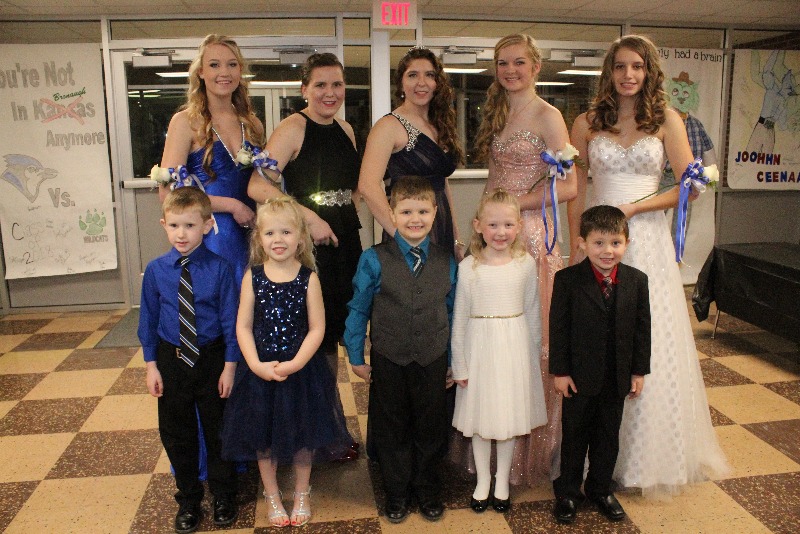