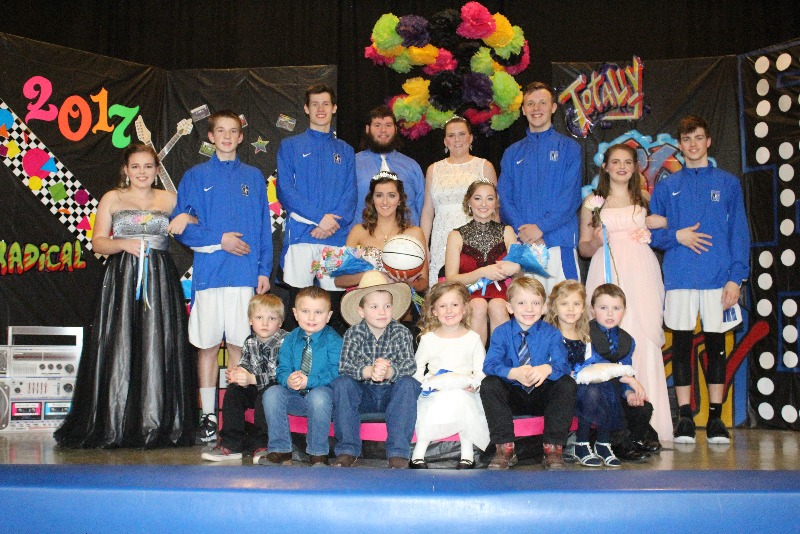 The queen and her court.

Homecoming week has come and gone and things are somewhat back to normal at Montrose R-14.

Between the girls' and boys' games, the Junior Class held a live pie auction with Garrett Hilte serving as the auctioneer.  Their class made approximately $900 on the auction.  Thanks to everyone who donated and purchased pies!

Both the girls' and the boys' teams won their games against Hume.  After the games, the Homecoming coronation took place.  Emily Palmer was crowned princess and Katelyn Steinbach was named the 2017 Homecoming Queen.

After all of the pictures were taken, and the crowd had dispersed, the dance started.  There were many tunes played throughout the evening, but some of the most enjoyable ones were the songs chosen from the 80s.